February 27, 2017
It is with a very heavy heart that I must announce the passing today of Pete Armstrong known to many in the hobby and on the net as 'Greblord'.

Pete had been seriously ill for several weeks and passed away today in hospital, leaving behind his wife Gilly and three young daughters.

Pete was one of the first people I met when I got into fantasy gaming, when Games Workshop opened it's doors in Sheffield in the early 1980s.

He was also the first GW figure painter and wrote the painting guide which appeared in the early Citadel and RAFM catalogues. He was an innovator back when the standard paint job was a simple block finish in enamels, and he was the inspiration for many of my generation.

I emulated his style and made his life a living hell sometimes both in and out of Games Workshop. To get a grudging affirmative grunt from Pete when you showed him a figure, was high praise indeed.

I lost contact with Pete in the late 80s and the next time I saw him, I was the owner of Dungeons & Starships, when he walked through the door on a visit to his family in Sheffield. I never told him, but seeing him, seeing me owning a store which was greatly influenced by the old GW, meant a lot.

I would be a hypocrite if I said I always got on with Pete, because I didn't. We were abrasive with each other at times, because he was not the same egomaniac twenty-something and I was not that awe-struck teenager, and I don't think either of us adjusted too well for a while.

That said, this is the third loss in just over two months to have struck the 'Old Guard' of the Sheffield gaming scene and all have passed at ludicrously young ages.

What's more a genuine hobby pioneer has been lost, and should be celebrated and mourned accordingly.

As befits Pete's renowned sense of humour, I'd like to leave you with a an excerpt from my 2011 book, which illustrates just how mad he could be.

But, it was at the Gaumont that I spent the best part of an entire day watching all three - there were only three back then - Star Wars films back to back. It was I recall a Thursday in Summer and I had gone as part of a gang including Pete, and sundry other ‘gentlemen of the twilight’ all carrying 2 litre bottles of Quattro – the carbonated beverage of choice that year – and a bucket of weapons grade popcorn each.

I had dressed for the event, wearing a white cotton shirt with a mesh overlay on the shoulders. It was all very fashionable for the time – honestly – and had two vent pockets that ran vertically down each breast. This meant that I arm myself with my hairbrush and sundry other items that allowed me to keep my rapidly growing hair in tip-top condition.

We sat in two rows and I had the dubious pleasure of listening to Pete - who was sitting directly behind me - recite verbatim, the entire dialogue of the first two films.

As credits ran for the 2nd of the trilogy, Pete leaned forward and whispered in my ear, ‘Either you’ve got really big dandruff, or a f***ing great parrot’s crapped on your shoulders.’

Somewhat bemused, I craned to see what he was blabbering on about, patting gingerly at my shoulders and back. My hand touched row upon row of toffee- coated popcorn and discovered that my shirt had gained a layers of comestible rhinestones. Pete had managed to meticulously stick individual kernels to me as I sat watching the screen. I was once again the butt of a masterfully orchestrated wheeze.

Later as we stepped out into the late night air I bounced my empty Quattro bottle off the back of Petess head as he walked out of the cinema. It was a petty revenge, but revenge nonetheless and it felt soooo good to have had the chance to exact it.'

Rest in peace Pete. You will be missed by many, forgotten by none.
A sad day Greblord Pete Armstrong Peter Armstrong Rest In Peace

Popular posts from this blog

A Public Information Message To Those Who Don't Have Understanding Wives... 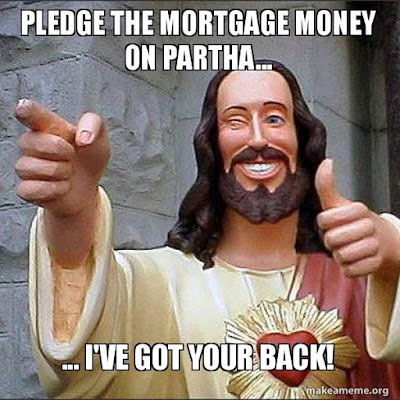 Behold! The Great Gnolls Of G'Normandy 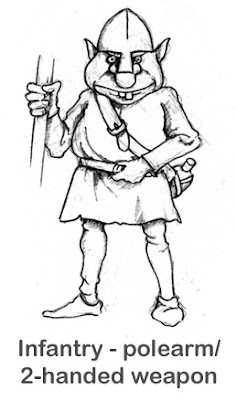 I am easy pleased to be able to share with you, the concept sketches by sculpting supremo Martin Buck for the first of my 'Fantastic Tribes' range which will be produced by 'Screaming Mob Miniatures' under the 'Satanic Panic' label which will bring you ranges of miniatures just like those your parents believed would lead you into demonic black masses. In short, a range of truly retro-looking miniatures for your favourite wargames and RPGs. As I have mentioned before, all of the bodies will be available with every head variant. All the models, with the exception of the missile troops will be open handed, to accept a wide range of weapons. This means that you can have an army in which no two models have to be identical. First up, I present the Great Gnolls Of G'Normandy in all their glory... I really hope that you are as excited as I am about this truly old school range. Personally, I think Martin has truly captured the style and fee
Read more 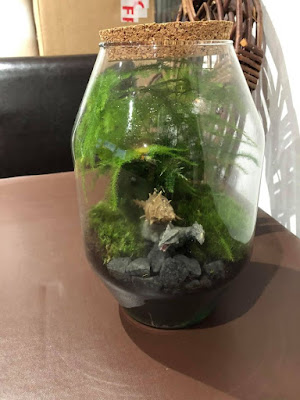 What a week that was... After a very busy working week, coupled with the lounge carpet shrinking after the carpet shampooer 'died in action' and of course, the memsahib being back and forth from the hospital for tests and suchlike, we decided that we'd go to (and here, I ask that Grognards brace themselves) a garden centre, on the search for autumnal decor for the conservatory, which I have decreed will be in autumnal hues all year, to soothe and calm the overworked brain and tired eyes.   It was also a chance to go out for a bit of lunch and feel 'normal' for a change, after over half a year of imprsioment by our noble and illustrious leaders. The quiche was excellent as was the coleslaw, however the salad was lacking somewhat.  I did however buy a rather nice terrarium which caught my eye, and which, once safely home was decorated with a model scratchbuilt by the famed Andy Ritson in around 1984 and which is one of my cherished pieces. I think it's r
Read more