The Scents Of Victory 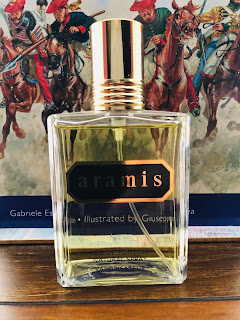 It's normally about this time of year when I have a good old rant about the admission of those of our hobby who, for one reason or another are challenged by the notion of soap, water, a comb and clean clothes, to enclosed spaces filled with sensitive gaming flowers such as I. Well, as there are no shows for a while, I am spared that most traditional festival du stench that is Vapnartak. So, I thought I'd take a few minutes to look at some mens perfumes, with notes on which shows and sartorial accents they would suit. Let's begin: Aramis - Estee Lauder - £30 per 100ml This is a very traditional scent which was the first true 'prestige' mass market perfume. It was created in 1963, but came of age in the late 70s to mid 80s. 'Classic' Aramis is by far, one of the most enduring scents, with a very pleasing warmth, woody tones. It's earthy, herby with a hint of spice. Back when pipe smoke was a feature of conventions, this was a pleasant companion as
Post a comment
Read more 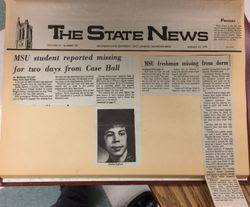 It's only about about 15000 years since humans had to really consider that if they walked into a cave, they may meet a sabretooth cat, or giant cave bear. Since time humankind first evolved, the underworld has historically and mythically been a place of transformation or ritual initiation, a place filled with fear and unknowncreatures. Leonado Da Vinci found a cave in the mountains, and was at the same time terrified at what may lie beyond, but at the same time marvelled at the very same notion. If I recall correctly, he actually discovered the fossil of a prehistoric whale. We mine the earth for rare minerals, precious metals and gemstones, taking our chances against nature, whilst there are tales in all cultures of races of humans and non-humans who dwell beneath the earth's surface, some benign, others malicious in nature. We are evolutionarily hard wired to fear the subterranean, it is for the most part an environment which is not welcoming to humanity and therefore, dow
Post a comment
Read more 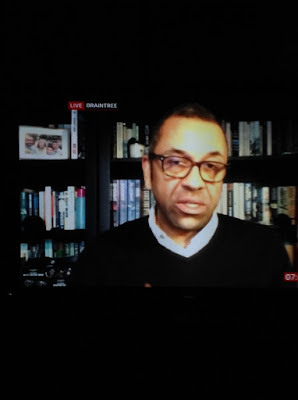 In a breaking Anoraksia News Network exclusive, I can reveal that it seems that Members Of Parliament are geeks too. This morning on BBC Breakfast, our roving reporter noticed that James Cleverly M.P, had at least two boxes of Games Workshop Adeptus Sororitas miniatures on the shelves behind him. If you look at the lower left of the image you can clearly make out the silhouettes and logos on two boxes of WH40K models. Could this ministerial leak, explain why wargames companies have been enjoying a boom time during the current pandemic? Images © Mark Hides 2021
Post a comment
Read more

Fairfax, Trolls, & RUSH... With A Touch Of Futuristic Sporting Action 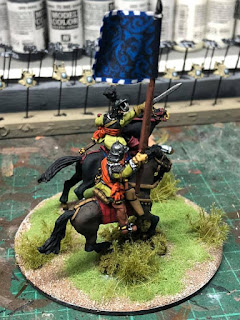 2021, is shaping up to be as busy as the last 11 years of painting, which is of course, good. But it does mean I have less time for blogging and that kind of thing - you know, the enjoyable bits of life. So, as I have just finishe for the day, somewhat earlier than the expected 10 hours, I'm grabbing some time for selfish pursuits... You'll recall that I had sold my Noch terrain boards? Well, I have ordered some boards from Last Valley (which should be done in a few days) and taken delivery of a large box of roads, brooks, marshes, copses and an orchard from the same, ordered a load of hedges from The Tree Fellahs, and my wife is working on 4 walled fields. Of course I have a large box of pine trees and a splendid ready-to-play walled farm from eM4 which gives me a nice set of scenic options for the ECW. Once we get backto some semblance of convention normality, I'll add a few more pices from .V and I thinkI'll double the number of hedges too. Over the last couple of we
2 comments
Read more

What A Difference A Year Makes...

January 26, 2021
I can't believe that we are on the brink of a year since Covid-19 started it's strafing run. Kayte and I were on the road to Vapnartak, listening to the news, when it was announced that York was in the crosshairs. At the time I was just getting over what I thought was flu on steroids, and was weakened and not my usual bright self - perhaps I had had it. Lord knows I'd never felt so ill in my life. But hey, ho.. Roger was sans car at the time, and called off at the last minute so our planned meet up was canned, but I ran into an old Sheffield friend, Tony Kirk and his partner, so there was some serious catching up to do. To be honest, it was a show where I bought nothing of consequence, despite having a four figure sum in my pocket, waiting to be spent. Since 1989, I've had a system whereby, from January to March I saved money ahead of the defunct Triples show, and then saved whatever I could based on my show calendar until October 31st where I went into winter quarters
Post a comment
Read more

The Thunder Of Pony Hooves... 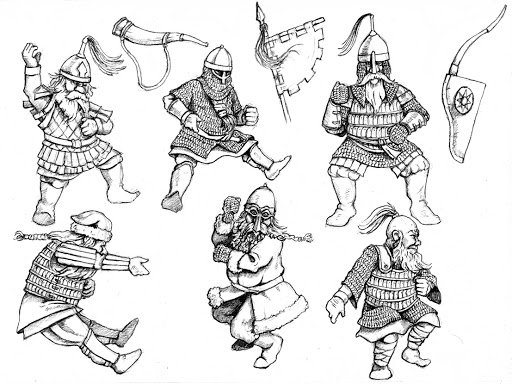 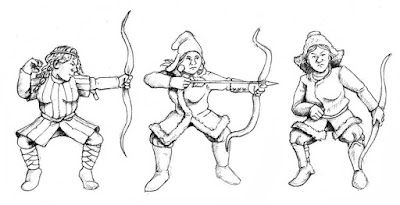 Well, I awoke this morning to find an email from Martin, which I would like to share with you. Here are the ladies of the Dwarven light cavalry.   These are inspired by the women of the steppes who fought alongside their menfolk as light horsewomen. I've asked him to make them split torso and to sculpt 3 more female heads - one with braided hair, one in a Phrygian cap and another in the classic fur trimmed hat.     Imagine them... Swarming around the flanks, like hellcats, lobbing well aimed arrows into the enemy ranks and shouting the ancient Dwarven warcry of "FUKKINROBBINUD!" every time an arrow finds it's mark...
Post a comment
Read more
More posts